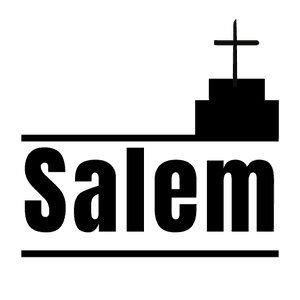 The Reward of Faith

Going Deeper in "The Reward of Faith"

11 Faith shows the reality of what we hope for; it is the evidence of things we cannot see. 2 Through their faith, the people in days of old earned a good reputation.

3 By faith we understand that the entire universe was formed at God’s command, that what we now see did not come from anything that can be seen.

4 It was by faith that Abel brought a more acceptable offering to God than Cain did. Abel’s offering gave evidence that he was a righteous man, and God showed his approval of his gifts. Although Abel is long dead, he still speaks to us by his example of faith.

5 It was by faith that Enoch was taken up to heaven without dying—“he disappeared, because God took him.” For before he was taken up, he was known as a person who pleased God. 6 And it is impossible to please God without faith. Anyone who wants to come to him must believe that God exists and that he rewards those who sincerely seek him.

7 It was by faith that Noah built a large boat to save his family from the flood. He obeyed God, who warned him about things that had never happened before. By his faith Noah condemned the rest of the world, and he received the righteousness that comes by faith.

8 It was by faith that Abraham obeyed when God called him to leave home and go to another land that God would give him as his inheritance. He went without knowing where he was going. 9 And even when he reached the land God promised him, he lived there by faith—for he was like a foreigner, living in tents. And so did Isaac and Jacob, who inherited the same promise. 10 Abraham was confidently looking forward to a city with eternal foundations, a city designed and built by God.

11 It was by faith that even Sarah was able to have a child, though she was barren and was too old. She believed that God would keep his promise. 12 And so a whole nation came from this one man who was as good as dead—a nation with so many people that, like the stars in the sky and the sand on the seashore, there is no way to count them.

We have a great cloud of witnesses whose lives are to be read and copied as we keep running until we cross the finish line.

1.      If you visited a Hall of Fame, how did it feel to be reminded of all their achievements? Who are your Bible heroes?

2.      When have you tried to do something new for the first time? What gave you the confidence to move forward?

6.      Do you believe the Christian life is supposed to be easy? What might this belief do to someone’s faith?

8.      Enoch’s life pleased God. What does it take to live a life that pleases God? What would displease God?

9.      Noah believed and acted on God promises even when unseen. What might have been a challenge for Noah to keep the faith? How did he keep the faith alive?

10.  Abraham and Sarah left their comfortable life in Ur and accepted a nomadic life in Canaan, because their eyes were fixed upon something greater. What did chasing their dream demand faith from both Abraham and Sarah?

12.  What fills you with optimism for Salem?

1.      Enoch’s faith and actions actually “pleased God.” You also have the opportunity to please God through your faith each day. Take a moment to pray in faith, expressing not only your belief in God but your desire to please him.

2.      Name one person outside your immediate family whose life you are influencing towards God. Commit to investing in that relationship and being a light to show them a new way.